Food Tasting: Whale Blubber and Mattak – are you brave enough?

Mattak and raw whale blubber are two of the many unusual dishes enjoyed by Greenlanders.  But what is Mattak exactly?  How do you eat raw whale blubber?  And what does it taste like? Read on for my experience of tasting these very traditional Greenlandic delicacies for the first time.

It was the first thing that caught my eye on the noticeboard in the lobby of the Hotel Sisimiut.

A Traditional Greenlandic Buffet on Saturday night in the hotel’s Nasaasaaq Restaurant and Brasserie.

I counted the nights and thanked the Universe that I had decided to stay several days in Sisimiut after hiking the Arctic Circle Trail from Kangerlussuaq.  I would still be in town for it and figured that after 7 nights of rehydrated dried trekking meals, I definitely deserved a treat 😀

The Traditional Greenlandic Buffet at the Hotel Sisimiut

As a self-confessed foodie, I always endeavour to try as much of the local food as possible when visiting a country. Therefore, I was the first person in the restaurant when the Traditional Greenlandic Buffet opened at 5 pm.

Before me was a glorious smorgasbord of local dishes and Greenlandic produce, including meat from reindeer, musk ox, and Greenlandic lamb, as well as Greenlandic prawns and smoked, baked and dried fish dishes.  Oh, plus some salads and vegetable sides as well!

The dishes I was most keen to try, however, were the two that originated from whales.  Yes, really!

Although it is very much frowned upon in the west, eating whale products in Greenland is a part of life. The Inuit who inhabited the country for thousands of years before the Europeans arrived, hunted whales for their meat and relied upon the skin and fat to provide important vitamins and nutrients.  In particular, they obtained Omega 3 fatty acids and Vitamin D from eating raw whale blubber, and their Vitamin C came from consuming the skin.

It turns out citrus fruit and sauerkraut are not the only ways to avoid scurvy!

A delicacy in Greenland, Mattak is the skin and fat of a whale with a thin layer of cartilage separating them. It is typically cut into small cubes and served raw, as was the case at the buffet.

From the very first morsel, I quite liked the taste of Mattak.  Though avoiding biting down on the cartilage took a little getting used to!  I actually ended up going back for a second glass of Mattak at the buffet, and eagerly accepted more when I visited a local hunter at his home later in the week.

The second whale dish – raw whale blubber – was going to be more of a challenge for me.  After all, I’m the person who typically buys the leanest cuts of meat or removes any visible trace of fat before eating!

The helpful waitstaff informed me that the way Greenlanders eat this dish is with soy sauce and aromat – a yellow salty accompaniment.  However, I was determined to try it in its “pure” form initially.

I tried not to think too much about it as I popped the pink gelatinous mass into my mouth.  It was soft and creamy and almost melted as I chewed. To be honest, it wasn’t great … but it was also nowhere near as bad as I was expecting!

For the second piece, I followed the local advice and added soy sauce and aromat.  It seems the Greenlanders know what they are doing as this did make it slightly more palatable. I have to admit though, I would only eat this again if I were in need of the nutrients and there was no other choice.

Try it for yourself

If you find yourself in Sisimiut on a Saturday evening during Summer or Sunday evening during Winter – I highly recommend heading to the wonderful Hotel Sisimiut to indulge in their weekly Traditional Greenlandic Buffet. There will be foods you have never tried before (not just fatty whale products) and you can eat as much as you want for a surprisingly cheap price!

While you are there, you might like to try 2 other activities you can do without even leaving the premises.  And check out the wide range of outdoor adventures they offer through their Visit Sisimiut brand. They are actually one of the biggest tour providers in town!

The Greenlandic Husky… and the puppies

Okay so maybe you don’t want to travel across the globe to see a puppy… or maybe you do. However, they are here – the greenlandic husky puppies. And they are so adorable and completely mesmerizing.  In

Cruise along the coast of Greenland

Why go on a cruise along the coast of Greenland? Tourism in Greenland is increasing. People are traveling far to see our beautiful country. Greenland is huge, and no roads connecting the towns and the

East Greenland’s smallest and most remote village is also, unsurprisingly, a village of hunters. Isortoq precariously occupies a tiny coastal island at the edge of the Greenland ice cap. For much of the year it is

Life is too short and Greenland is too big!

Greenland is the best destination ever! No matter if you visit it during the summer or during the winter time. You will always find nature, peace, silence and adventure wherever you land. Don’t worry about 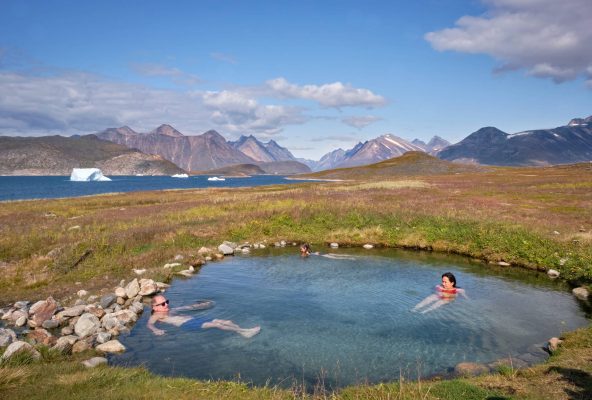 It is a running joke that Iceland is green and Greenland is ice. And while both countries have elements of the other, they are very, very different landscapes and experiences. Iceland, for example, has an 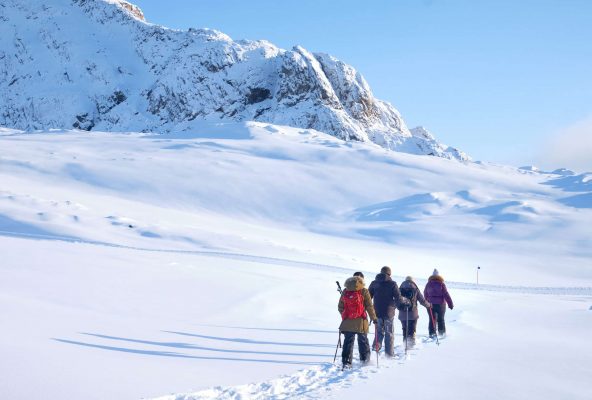 For keen hikers, Sisimiut’s amazing backcountry turns into a snowshoeing paradise during the winter. Even a relatively short snowshoe excursion offers fantastic views of snowy mountains and the glistening ocean. Brilliant blue skies meant that 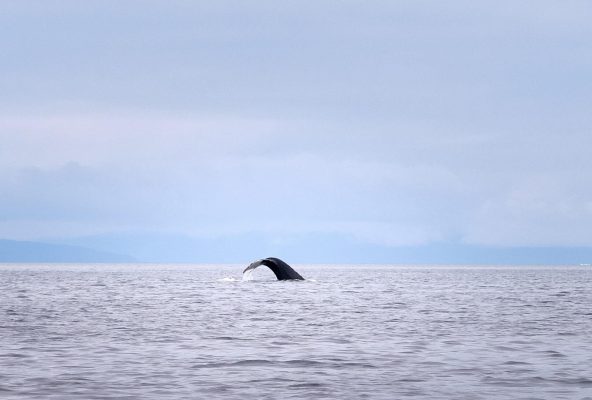 Disko Bay is one of the best places in Greenland for whale watching. Click to read the full story of my whale watching excursion from Aasiaat. 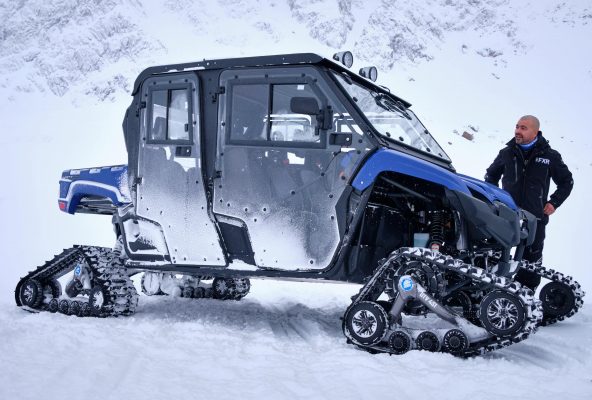 Are you visiting Sisimiut during the Winter? Do you want to explore its gorgeous backcountry in relative (warm) comfort? Then the monster snowmobile adventure is for you! I really wasn’t sure what to expect when